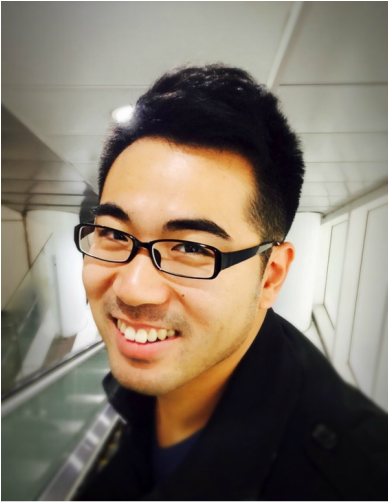 ﻿
Zenan Yu began his musical career on a toy piano. When he was eight years old, he surprised his parents by playing songs he’d heard at school from memory. Yu’s father loved classical music and played the cello in his youth. His mother thought piano lessons might be worthwhile. His parents managed to purchase a small electric piano for him. Eventually he graduated to an upright piano. As his skills grew, he studied with Guangren Zhou and E-lian Chen at the Central Conservatory of Music in Beijing.

Just seven years later, Yu performed the complete Rachmaninoff preludes at his debut recital, at the China Conservatory of Music. At fifteen, he was one of the youngest pianists in China, if not the world, to perform these difficult pieces. Later the same year, he gave his first concert tour in the United States, performing in New York City, New Haven, Boston, Cleveland, Philadelphia and Los Angeles. Mr. Yu was a concerto soloist with major orchestras in China, including the China Philharmonic Orchestra, the Central Conservatory Symphony Orchestra, and the Beijing Youth Symphony Orchestra. He also gave recitals in Beijing, Tianjin, Shanghai, Xiamen, Tsingtao, Ningbo, Guangzhou, and Hong Kong. In 2002, Zenan Yu performed at The Great Hall of The People for the former president Jiang Zemin and other leaders of China. In August 2007, he was rehearsal pianist for a pre-Olympic Concert in Tianeman Square for over 50,000 people.

In 2008, Mr. Yu was invited by Foundation of Chinese Performing Arts to play a recital in The 17th Annual Music Festival at Walnut Hill. Later, Mr. Yu played the opening concert of the Haydn celebration concert series in the Los Angeles County Museum of Art. This recital was broadcast by 88.5 KCSN. In 2008, he substituted at the last minute for a pianist in performances of Rachmaninoff piano concerto No. 2 , with the Concord Symphony. Later, Conductor Richard Pittman invited him again to play Liszt Piano Concerto No. 2 for the opening series of the 2009-2010 season. In 2012, he won the Raeburn Prize for Artist of Special Promise at Honens International Piano Competition in Calgary. Since then, he was invited to perform many concerts in Europe and Canada, including, Brussels, Geneva, Bonn, Munich, Orléans, Vichy, and Paris.

Mr. Yu enjoys playing music from all periods: baroque, classical, romantic and contemporary. In preparing for a performance, he seeks to understand the goal of the piece and what emotions or images to convey in his interpretation. In 2011, Mr. Yu performed Liszt’s Sposalizio in a piano recital at the close of the 30th Anniversary Chamber Music Series in Rockport, Massachusetts. Reviewer Tony Schemmer commented, “Yu has the most dazzling technique, rapid firing torrents of octave passages prestisissimo. This is a technique of tightly coiled steel...The Sposalizio, Liszt’s tone-painting of Raphael’s canvas, demands introspection, poetry, and mystery...Yu was on the mark here.”

Since 2014, Zenan Yu has been playing with Hai-Dao, an ensemble is dedicated to performing and redefining new music from Asia. Notable performances include Concerto D’Automne by Kenji Sakai in Boston and Mr. Yu’s solo performance of Isang Yun’s “ Interludium A” in New York. Music critic Harry Rolnick described Yu’s performance of “Interludium A” as "attractive...highly virtuosic."

In the 2016-2017 season, Zenan Yu will start a project of French composer Eric Tanguy's complete piano compositions, and launch a series of solo and chamber concerts in Europe.